The Origin of the Doughnut 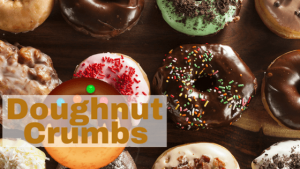 The earliest known reference of “Dow Nuts” is in The Receipt Book of Baroness Elizabeth Dimsdale, c.1800. Elizabeth received the recipe for “Dow Nuts” from a Mrs. Fordham sometime between the years 1800 and 1808. The dates ranges are from the pages watermark and 1808 is the date of the last entry. The recipe consist of ‘nuts’ of flour, butter, eggs, sugar and yeast cooked in hogs-lard almost boiling hot. They were not the round shape as we know today and were “nuts” of fried dough, which leads to why most will point to the Dutch oily cake – “Olykoek” or oliebol as the origin of today’s doughnut. The earliest discovered recipe of oliekoecken (“oil cookies”, the direct precursor of the oliebol) came from the 1667 Dutch book De verstandige kock “The smart/responsible cook”​. However, history has records going much further back from many cultures and regions of frying “dough” and putting sweetened toppings such as honey, syrup, and powered sugar. The many versions have  been known to be filled with meat or fruit fillings.

The shape that we know today also has an uncertain history. A sea captain by the name of Hanson Gregory​ is accredited with the invention of the doughnut hole in 1847. There are various stories such as he used his ships steering wheel and poked a hole in his doughnut to hold it in place while he steered, another said he took the cover off the ship’s tin pepper box and punched a hole in his doughnut due to not liking the uncooked and greasy middles. He claims he taught his version to various people he met on his journeys and that spread the shape that we know today. There is a plaque in Rockport Maine that commemorates Captain Gregory and his invention of the doughnut hole. There are other theories such as that when changing from Olykoek’s to a more modern recipe using egg yolks, the middles were not cooking as even and it was better to simply remove the middles and another states it was easier to display the doughnuts as they did bagels in New York – by placing them on a wooden dowel.

Use recipe for sweet rolls; cut off small pieces of dough and enclose brandied raisins or raisins and citron in the center of each while shaping into small balls. Let stand until doubled. Fry in hot, deep fat (360-370 F) for about 3 minutes, drain and roll in powered sugar while warm.

The Fleischmann Treasury of Yeast Baking

Scald milk; stir in sugar, salt and Fleischmann’s Margarine; cool to lukewarm. Measure warm water into large warm bowl. Sprinkle or crumble in Fleischmann’s Yeast; stir until dissolved. Stir in lukewarm milk mixture, beaten eggs and half the flour; beat until smooth. Stir in remaining flour to make a slightly stiff dough. Turn dough out on lightly floured board. Knead until smooth and elastic, about 8 minutes. Place dough in greased bowl, turning to grease top. Cover; let rise in warm place, free from draft, until doubled in bulk, about 1 hour.
Punch down; turn out on lightly floured board and shape as desired.

Mix them together in warm milk or water to the thickness of bread,
let it raise, and make them in what form you please. Boil your fat (consisting of hog’s lard) and put them in.

The Fleischmann Treasury of Yeast Baking
Makes about 20

Glaze: Blend together 2 cups sifted confectioner’s sugar, 1/3 cup milk and 1 teaspoon vanilla. Dip warm doughnuts into glaze. Drain on rack set over waxed paper or platter to catch icing so it may be reused.